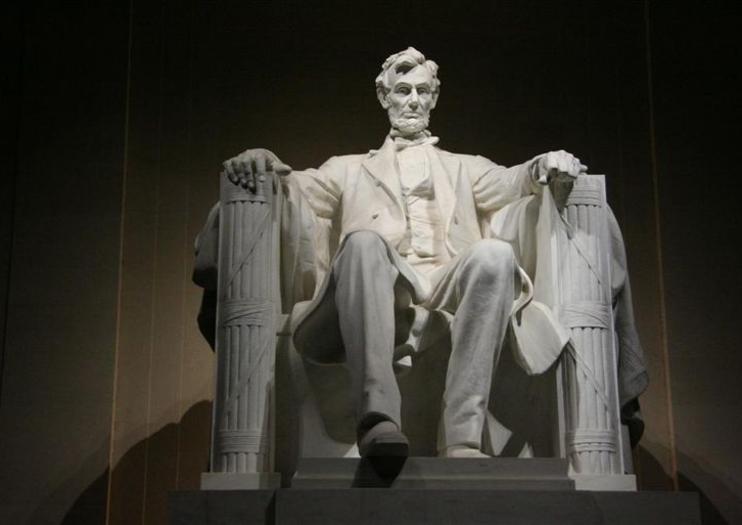 In the third installment of this multi-part post, contributing editor Joshua Ward Jeffery continues an examination and discussion of the historiography of morality and ethics in the American Civil War. You can find Part I here, and Part II here.

While I find Stout’s approach to the Civil War concerning Jus in Bello to be particularly refreshing, considering the amount of hagiography the American Civil War has produced, I find Stout’s unwillingness to judge the war on the merits of Jus ad Bellum to be troubling. I find his argument that the Civil War cannot properly be judged by this criteria because it was in fact a civil war, and not an international war to be completely unsatisfying. Similarly, I find his argument about judging whether or not the South had a right to secede to be particularly questionable; it echoes pre-modern Christian arguments that God’s providence would ensure that the side in the right would always win and that winning was therefore a sure barometer of justice. The reasons for the war, despite some rhetoric to the contrary, are well documented, and an objective evaluation of the actions of the North and the South that led to the war is entirely possible. Since it is possible to apply Jus ad Bellum criteria to the conflict, it is very disappointing that Stout fails to do so. While it can be argued that evaluating whether or not entering the war was just would undermine Stout’s purpose in evaluating the conduct of the war, I do not find this argument to be particularly reasonable. The Jus ad Bellum criteria are entirely separate from the Jus in Bello criteria. Just as a party can enter a war justly and then fight it unjustly, so can a party enter a war unjustly and then fight in a just, moral, and lawful manner. Stout would have done well by making, at the least, a tentative judgment on the morality of going to war in the first place.

But while Stout failed to judge the morality of engaging the war, he did in fact do well in judging the morality of how the war was fought. In two sections made up of twelve chapters on proportionality during the war and the discrimination of combatants from non-combatants, Stout rightfully decried the violation of Jus in Bello criteria. Stout critiqued the well known and problematic battlefield math of Grant versus his opponents, where Grant often sacrificed two, three, or four times the number of casualties of his opponents in order to win a tactical or strategic victory for the Union. The disproportionality that resulted from Grant’s reckless charges and other actions in order to eventually overwhelm enemy forces was so great after one campaign, that Stout remarked “In the aftermath of Spotsylvania, even Grant was stunned by the carnage… In little over twelve days, the Army of the Potomac had lost thirty-two thousand men. Northern reporters, and not a few Democrats, branded Grant a ‘butcher,” and some of his own soldiers agreed. Nothing before had equaled the sheer intensity of killing.”[40] In a chapter on the battle at Cold Harbor, where the U.S. Park Service estimated 13,000 U.S. casualties to a Confederate casualty number of 2,500, Stout was able to demonstrate that Grant’s sacrificing of his men had no purpose, strategic or otherwise.[41] Grant himself said of the battle, “At Cold Harbor no advantage whatever was gained to compensate for the heavy loss we sustained. Indeed, the advantages other than those of relative losses, were on the Confederate side.”[42] Stout believed that Grant’s statements about Cold Harbor demonstrated that even Grant “had a moral sense of the war and an understanding of when the moral brake linings sheared. But even Cold Harbor could be morally justified by his commander in chief, who kept closely to his awful arithmetic.”[43]

Stout assessed the reasoning for Lincoln’s “awful arithmetic” as well, in a commendable section of the justification for total war. Most northern historians, and a few Southern ones as well, have applauded Lincoln’s decision to engage in total war through his adoption of the Emancipation Proclamation. While Stout recognized the Proclamation as “unquestionably right and good,” he also recognized that it “becomes more problematic if it was employed by Lincoln and Northern Republicans generally as a “lever” (Lincoln’s term) for a total war on the Confederacy that deliberately targeted” Southern civilians.[44] Stout rightly took Lincoln to task for fighting a war to save the Union, while using the emancipation of slaves as a method to escalate and win the war, and not as an end in and of itself. Stout also, correctly, saw Lincoln’s racism for what is was, unlike Miller, stating that “he could not escape the culture of racism and white supremacy of which he was a product. Besides favoring colonization of slaves before emancipation, he expressed no abhorrence about the racist laws in his native Illinois.”[45] While flawed in some ways, Stout’s work delivers overall a nuanced and well balanced depiction of the morality of Lincoln and the Civil War.

Not all readers agreed, however, that Stout’s work was balanced or nuanced. James McPherson, the distinguished historian of the War Between the States and author of the Civil War volume of the Oxford History of the United States, was stunned that Stout would have the audacity to critique the war and Lincoln. While McPherson was critical of Stout’s unwillingness to engage in an analysis of the war from the vantage point of Jus ad Bellum, he saved his most bitter barbs for Stout’s discussion of how the conflict escalated to total war and the role that the emancipation proclamation played in that escalation. In his review, McPherson clearly saw slavery as a greater evil than the total war that the civil war became and the destruction that it wrought, and he criticized Stout for failing to declare which one he saw as the greater evil himself.[46] He thought that Stout was “uncomfortably aware that emancipation was an integral and essential part of the escalation to total war…As a practical matter, Stout acknowledges, ‘emancipation was necessary as a means to total war.’ But it also gave total war ‘an unprecedented moral stature, allowing the Northern public to fasten on the ‘good’ of emancipation without ever inquiring into the ‘bad’ of unjust conduct in a total war.’”[47] McPherson’s vitriol against Stout, it seems, was a question of ideology. To McPherson, no war that would ultimately end slavery—a gross evil—and free millions of slaves could be judged to be an evil in and of itself. Questions of Just Cause should have indeed been asked because the South was dead wrong. Returning to the question of Just Cause later in his review, McPherson attacked Stout for his view of African-American soldiers, stating:

By a twist of logic difficult to follow, Stout considers black soldiers fighting for freedom to have been engaged in a just war even if white soldiers fighting for the same cause were not. “If anyone had a ‘cause’ that could meet all the moral scruples of a just war, it was the slaves and freedmen,” he believes. “The willingness of black soldiers to fight and die helped to transform the moral meaning of the Civil War from a war for Union to a ‘crusade’ for freedom.”[48]

McPherson could not believe that white soldiers, fighting for the Union, and eventually, to destroy slavery, could be fighting an unjust war, while African-American soldiers could be fighting a Just War. In the moral calculus of the Just War Theory, McPherson is correct—soldiers following orders have no moral culpability as long as they fight according to the laws of war—but I suspect that Stout, in his differing assessments of the just cause of black and white soldiers, was appealing to a higher law than Just War Theory in that moment.
In addition, McPherson attacked Stout’s calculation of civilian casualties, stating that “Through carelessness or misrepresentation, Stout grossly inflates the number of civilian casualties directly caused by military action in the Civil War.”[49] I found this attack regarding numbers to be curious, since it is well known that the there has been disagreement and consternation regarding the number of casualties caused by the war since the very first battles were fought. The rest of McPherson’s review of Stout continued with an acidic tone that made clear that McPherson believed that Stout, “As a historian of American religion,” had no business engaging in the lofty academic debates that were the proper purview of seasoned Civil War historians. Judging Lincoln, then, was his job as an historian of the Civil War, not Stout’s, as an historian of American religion.

This essay is continued here.