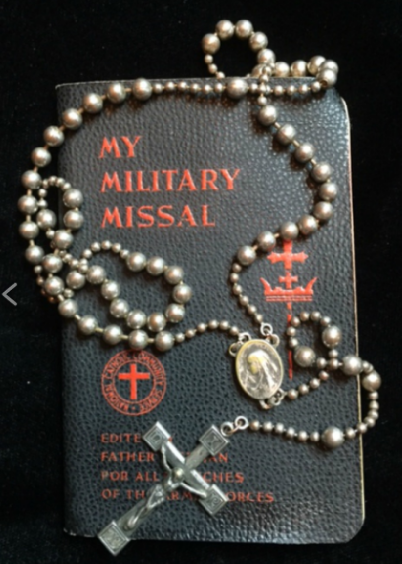 You may find Part I of this blog post here.

After questioning whether or not the label “evangelical” is a useful description in trying to understand the majority of American Christians, Gamble suggests that using the categories of Paul Kleppner would be more fruitful. Gamble thus proposes to examine the churches through a “pietist-confessionalist continuum” instead of through a lens of progressive versus conservative.[17] Gamble sees the Pietists as having an interest in perpetuating “a cultural and morally Christian America,” while the Confessionalists had less of a cultural stake in the maintenance of an American “Christian identity.”[18] Gamble suggests that if historians embrace this “pietist-confessionalist continuum,” that they might find something new. Gamble argues that if this work is done, that:

such a study might uncover a group of apolitical preachers who cared for their flock on Sunday, 8 April 1917—the Sunday after Congress declared war—much as they had done every Sunday before. . .  Perhaps they prayed with particular urgency for those in authority in a time of national crisis and met the extraordinary demands of a congregation whose sons had enlisted or would soon be drafted. But they never thought of displaying the stars and stripes on or in their churches and certainly not draped across their altars. They never included . . . “The Battle Hymn of the republic” in their order of worship. Instead, they preached on the mission of the church and not the mission of America, took care not to confuse spiritual and physical warfare, and never thought of interpreting God’s promises to Israel and to the church as if they were meant for the united states. If such a group could be found for the First World War and all the way back to the Revolutionary War and forward to the War on Terror, and that group turned out to be large, then the entire narrative of American religious history, especially of religion and war, would have to be retold. [19]

I agree with Gamble that finding such a group would require a rewriting of American religious history. However, it is highly unlikely that such a group will be found among Confessionalists.

Gamble was not the only one who came to see that his dichotomy between Progressive and Conservative Christians and support for the war effort was a false one. Andrew Preston challenged Gamble’s thesis in The War for Righteousness in a chapter that recently appeared in Beyond 1917: The United States and the Global Legacies of the Great War.[20] Preston, who apparently had not yet read Gamble’s revision of his own thesis which had appeared the year before, argued, among other things, against Gamble’s original dichotomy, demonstrating that, in fact, conservative Christians were just as much, if not more, in favor of the war effort as Progressives. In fact, Preston argues that conservative, fundamentalist Christians provided “shrill and unquestioning support for America’s cause.”[21] Preston, in a larger argument about whether the Great War caused a decline in American religion, declares that “Conservative Protestants were never apolitical, and they never separated themselves from American society to retreat into their own subculture.”[22] While Preston is correct here, that conservatives did not separate themselves from the larger culture, his argument demonstrates, along with the argument of Gamble, that historians of American religion have largely misunderstood the relationship between American religious groups, and have neglected theory which would provide greater clarity to what was occurring during World War I.

The social relations of American religious groups to the world should be measured according to Sect-Church typology. According to H. Richard Niebuhr, Max Weber, and Ernest Troeltsch, a religious group that separates itself from the larger culture and retreats into its own sub-culture is a sect. Sects are, by definition, not liberal or conservative. They instead stand apart from and are opposed to the larger political and social institutions of the dominant culture. Denominations, on the other hand, have made peace with the larger culture, and share its values. Churches, the third Weberian ideal type, are dominant religious groups that claim universality and that often see citizenship as synonymous with church membership. Churches make significant accommodations to culture. Historically, the church-type has included the Anglican Church in England, and the Catholic Church in France and Italy.[23]

Sectarian groups, which were the chief religious opponents to American participation in the war in 1917, were theological and political radicals. For example, in the Churches of Christ, a sectarian group that broke from the mainline, denominational Disciples of Christ in 1906, most members were either socialists or anarchists. Not coincidentally, the sect was also the largest pacifist group in America at the start of the war. [24]

Sectarian groups were typically anti-war. Denominational and Church typed religious groups, however, were typically pro-war. This is easily seen by dividing religious groups into their sect/denomination/church categories, and seeing who was and who was not pro-war. Sectarian groups in 1917 included Restorationists, Pentecostals, Holiness groups, and the International Bible Students Association. All four of these sects were anti-war, and members from all were arrested and prosecuted for resisting the conflict.[25] Denominational groups included Baptists, Presbyterians, Methodists, and Congregationalists. None of the major denominations or churches in the United States had a significant number of conscientious objectors or war resisters.

Having dealt with the original Gamble thesis, along with Preston’s corrective, let us quickly look at Gamble’s new dichotomy, that of pietist versus confessional. Gamble’s suggestion is based upon the work of Paul Kleppner and Frederick Luebke, but while arguing that historians should examine this dichotomy more carefully, he provides no examples of this idea in action.  Since Gamble fails to apply the theory to the First World War, he leaves this work to other historians to do for him. Since I have no argument of Gamble’s to analyze, I will propose my own. A look at draft cards easily disrupts Gamble’s suggestion. According to the latest work of Jay Beaman, a sociologist of religion, Beaman has found close to 11,000 draft cards of conscientious objectors to World War I. Of this number, sectarian groups make up 84.5% of CO draft cards. Comparatively, German Pietists and Confessionalists make up just 0.6% of CO draft cards. Just due to their small numbers, it is easy to dismiss a Pietest versus Confessionalist dichotomy as being the controlling paradigm for understanding which religious Americans were for or against American intervention in the Great War.[26]

The correct paradigm for understanding how religious groups responded to the war is that of sect versus denomination. American religious groups on the whole, whether conservative or liberal, denomination or church, supported the war effort once Congress declared war. It was only America’s sectarian groups, including Restorationists, Pentecostals, Holiness groups, and IBSA, along with the Historic Peace Sects, such as the Mennonites, Quakers, and Church of the Brethren, who opposed American entry to World War I. Before concluding, I would like to turn to one more claim made by Richard Gamble. I quoted Gamble at length previously, where he declared that a study of the Pietist-Confessional continuum “might uncover a group of apolitical preachers,” who did not give into nationalism, did not wave the flag, and did not play the Battle Hymn of the Republic. Gamble argued, “If such a group could be found for the First World War and all the way back to the Revolutionary War and forward to the War on Terror, and that group turned out to be large, then the entire narrative of American religious history, especially of religion and war, would have to be retold.”[27] I would like to submit that such a group has been overlooked by American historians of religion due to their improper over-focus on denominations and churches. However, this group is not found among the Confessionalists, but among the Restorationist sectarians. Restorationist sectarian groups have a long heritage in the United States. The Sandemanians, a Restorationist group founded in Scotland in 1730, had congregations on the eastern seaboard of North America as early as 1750.  These Restorationists were brutally attacked during the American Revolution for being pacifists.[28] The Sandemanians, who died out in the United States in the late 19th Century, made a major impact on the thought and theology of Alexander Campbell, one of the founders of the Stone-Campbell Movement, which spawned the Churches of Christ, the Disciples of Christ, and the Christadelphians. Campbell’s Movement in the United States can be dated to 1812, and his movement absorbed many Sandemanian congregations.[29] Both the Churches of Christ and the Christadelphians maintained a fervent pacifistic theology throughout the American Civil War, the Spanish-American War, World War I, and into World War II. While Church of Christ pacifism has waned since World War II, the pacifism of the group still exists in some quarters.[30] Christadelphians have also maintained their pacifism. Furthermore, the events of World War I rekindled pacifism among the Disciples of Christ, and they are at the forefront of the Christian peace movement in the United States today.[31] Yet, while pacifist Restorationists have indeed existed throughout American history, they have largely been ignored by historians. Sociologist R. Lawrence Moore, in his influential book, Religious Outsiders and the Making of Americans, has argued that the Disciples of Christ and the Churches of Christ, while being “denominations that have recently been granted mainline status,” have “nonetheless remained on the edges of general narratives of American religious history.”[32] Finally, in regards to size, the Churches of Christ were the largest peace church in America during World War I, and the Restorationist sects and denominations, taken together, continue to be one of the largest Protestant religious groups in the United States. Based on this data, I would suggest that I agree with Richard Gamble’s analysis at least in one way: that the entire narrative of American religious history, especially of religion and war, might need to be retold.

[24] For the claim that most Church of Christ members were anarchists, and that the group was the largest peace church in the United States, see Joshua W. Jeffery, “Spies, Slackers, and Saboteurs: Federal Suppression of Religious Pacifism in the Churches of Christ During World War I” (master’s thesis, Vanderbilt University, 2015). For Church of Christ socialists, see Michael W. Casey “From Religious Outsiders to Insiders: The Rise and Fall of Pacifism in the Churches of Christ”, Journal of Church and State 44, no. 3 (2002).

[30] For evidence of this claim, see my master’s thesis, Jeffery, “Spies, Slackers, and Saboteurs.”

[31] For Disciples, see my article Joshua Ward Jeffery, “‘a Barbarous Method of Adjusting Differences’: Federal Persecution of Conscientious Objectors in the Disciples During the Great War, 1917-1918,” Stone-Campbell Journal 20, no. 1 (April 2017): 17-33.