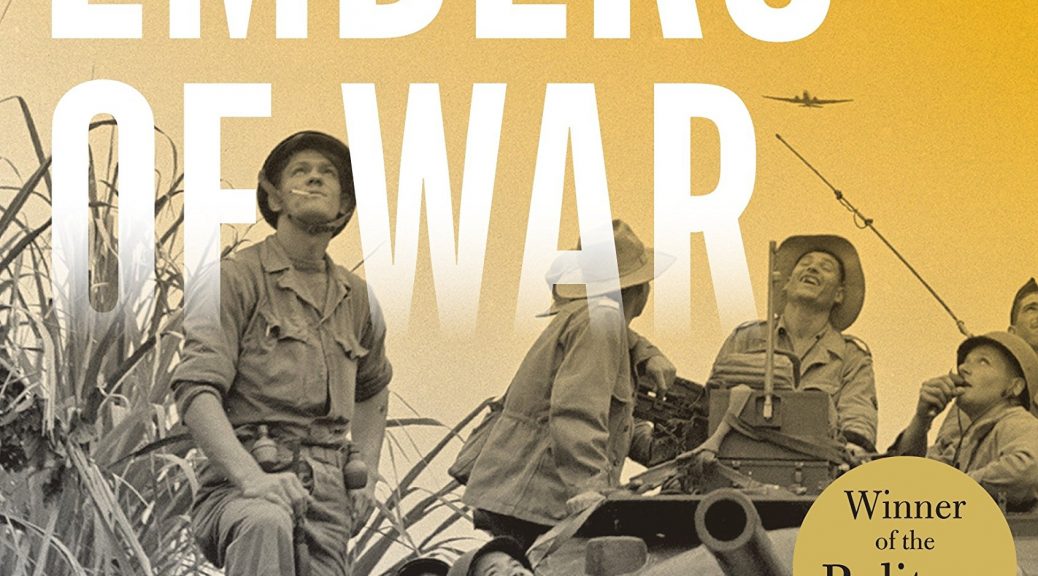 In this post, contributing editor OJ Early reviews Fredrik Logevall’s Embers of War: The Fall of an Empire and the Making of America’s Vietnam (New York: Random House, 2014).

At least since The New York Times and The Washington Post began publishing excerpts of The Pentagon Papers in the early 1970s, the American public learned harsh realities about its government and the Vietnam War: members of the executive branch had for years methodically lied to both the public and Congress. It is a time in United States History that still elicits great interest, and writers and film producers continue to draw parallels to our own time. Steven Spielberg’s 2017 movie, The Post, is but one recent example.

Fredrik Logevall’s lengthy but beautifully written Embers of War: The Fall of an Empire and the Making of America’s Vietnam demonstrates, among other things, why so many powerbrokers repeatedly lied and how the U.S.—a country born out of an anti-colonial revolt against Britain—become so entangled in a foreign war to protect colonialism. For those who don’t care much about historography, the book offers lessons to ponder as scandals roil Washington and the US maintains a military presence in the Middle East. For scholars, Logevall’s work is an example of the fruits to be gleaned from transnational history. For all readers, the book presents deeply stimulating counterfactual questions.

To deal with the complexities of the Vietnam War, Logevall considers large swaths of the globe. He writes about politics and military action in France, Asia, the Soviet Union, and, of course, Vietnam. In so doing, Logevall argues for a striking amount of continuity, entrenched in a press-ahead approach, in US foreign policy. “Even if the odds for success were long, it was always safer, easier,” writes Logevall, “in domestic politics as well as geopolitical terms—to soldier on, to muddle through” (Logevall, Embers of War, 697).

Putting the Vietnam War in an international context allows Logevall to advance an insightful contention, one it seems historians who fail to employ transitional history could not make: what Logevall identifies as “the mantra of American administrations on Vietnam” (Logevall, Embers of War, 703). For Logevall, this is a foreign policy rooted in a look-forward-and-press-ahead mentality. As such, Logevall makes a compelling argument for continuity in American foreign policy for a more than fifteen-year span beginning in the late 1940s and lasting until President Lyndon Johnson halted at least some of the bombing in Vietnam in 1968. Indeed, when Secretary of State John F. Dulles declared in the summer of 1954 that “the important thing … is not to mourn the past but to … prevent the loss of northern Vietnam from leading to the extension of Communism,” he merely reflected a stance already prevalent in US politics (Logevall, Embers of War, 613).

Exploring the Vietnam War in a transnational context, mining multinational sources, further allows Logevall to engage gripping counterfactual questions, a useful exercise in demonstrating the profound contingency of history. Consider, for example, what might have happened had Wilson in 1919 entertained the “wraithlike and penniless scribe” named, at the time, Nguyen Ai Quoc—the same person would become one of the most powerful revolutionaries of the twentieth century (Logevall, Embers of War, 3). Ponder, too, what might have occurred in the US and abroad if the French government had kept its hope-filled promises of infrastructure funding in Indochina. Finally, think how dramatically different world history might appear if John F. Kennedy, a keen observer of the international stage who visited Vietnam years before becoming president, had acted on his apparently strong personal belief that a conflict in Vietnam was unwinnable.