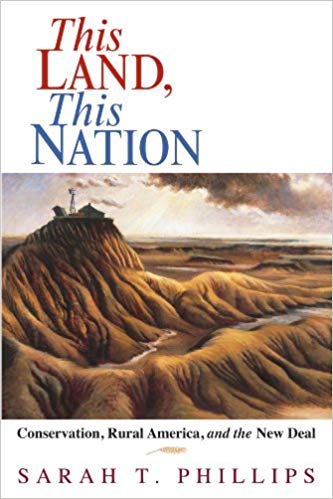 Earlier this week, newly elected Congresswoman Alexandria Ocasio-Cortez outlined a Green New Deal, a sweeping plan that would ultimately shift the American economy on a path toward battling climate change. Her blueprint, championed by environmental groups, would mean the federal government would mobilize in ways unseen since World War II. Pundits have endlessly debated the merits of the proposal. And journalists have, of course, cited Franklin D. Roosevelt’s New Deal as a basis for Ocasio-Cortez’s proposal.

Of particular interest to Ocasio-Cortez is agriculture. The report notes the importance of “working collaboratively with farmers and ranchers in the United States to eliminate pollution and greenhouse gas emissions from the agricultural sector” and “building a more sustainable food system that ensures universal access to healthy food.” At this moment, what is perhaps worth noting is just how rural-focused FDR and many of his allies were. Historians have for decades suggested that the New Deal had deeper roots than Roosevelt’s inauguration in 1933. One monograph does this better than any other: published in 2007, Sarah Phillips’ This Land, This Nation mixes political and environmental history to convincingly demonstrate the ways in which the Democratic Party of the 1920s began to envision using the expansive power of the government to uplift rural America. Such a conviction among influential members of the Left—as well as many of the farmers who cast ballots for Republican candidates before Roosevelt swept into power—began with the belief that the national economic collapse in the 1920s had origins in the farm depression. Indeed, as Roosevelt campaigned for the presidency in 1932, he spoke often about government-led distribution of electricity to the countryside and federally assisted rural development. As governor, Roosevelt argued for “a definite place for an intermediate type between the urban and the rural, namely, a rural-industrial group” (61). On this front, his words mostly matched the reality he sought: as governor, he pushed for lower rural taxes that also included moving the cost of school and road maintenance away from the local and to the state government.

Many scholars have dismissed such communication as reflective of Roosevelt’s “romantic attachment to the back-to-the-land movement” (61). Yet his rhetoric, paired with the programs he supported, suggests a genuine commitment to increased rural incomes, truths that demonstrate just how much agrarian thinking affected his economic worldview. Phillips’ work has gone on to inspire work on the New Deal, and one of her chief contentions—that scholars must look deeper into rural reform ideas in the 1920s to understand the realities of the New Deal in the 1930s—continues to resonate with historians. As she shows, even conservationists less radical than Roosevelt sensed the need to offer rural farmers a realistic chance at economic prosperity. Former Chief Forester Gifford Pinchot and engineer Morris Cooke, both of whom argued against federal ownership of the utility industry, nevertheless supported regulations to keep electrical rates low and pushed rural electrification (28-9).